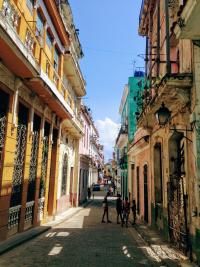 Cuba was the most difficult place to travel I’ve visited yet. It was also fascinating, deeply rewarding and, most importantly, possible. Here’s how we made it happen.

Visitors to Cuba are required to show proof of valid health insurance in the country, which means you’ll need to buy Cuban health insurance before you go. It should be pretty cheap and there are several websites that help you compare plans from various providers. Definitely do some shopping around, since this market seems to change rapidly. We paid $8 per person for a 10-day policy with a $250 deductible on $50,000 of coverage and $1 million in emergency evacuation and repatriation.

**Disclaimer: This may have changed since our trip in April of 2017. You’ll need to do some research. No part of this article is intended to be legal advice.

As of April 2017, the easiest travel license to plan for and obtain is an educational visa for a “people-to-people” trip. You will need a completed visa application form, detailed itinerary, and proof of Cuban health insurance in order to board your flight and pass through immigration. You can apply for and purchase the visa at the airport just before you get on the plane to Cuba. If you are coming from the US and it’s a direct flight, you would buy it in the US. But if you fly through Mexico like we did, you would need to have Mexican pesos in order to buy the Cuban visa, or have a bank card that you’ve given pre-authorization to be used in your connecting country. I forgot this and Josh had to stand in line to change money while I worried about missing the flight… we don’t recommend it.

As you get on the plane, you will submit another piece of paper that declares your intention to travel. It’s all handled at the information desk in the airport or at the gate, depending on your airline. Your airline probably won’t let you buy a ticket without declaring your reason.

Our visas cost $25 USD. One of our friends mentioned that he was able to buy a Cuban visa ahead of time. It cost him a $30 processing fee and $40 for shipping, but he liked it because it was one less thing to worry about in the airport.

If you are a US citizen traveling to Cuba, the US government requires the following:

This is easier than it sounds, especially if you regularly keep a travel journal. It is unlikely that anyone will ask you for this documentation but there is always the potential that a US Citizen traveling to Cuba could be subject to an audit.

We went with an educational visa because it is relatively easy to design a full schedule of educational activities and those are the things that we care about anyway. We had our itinerary printed out in case someone asked us to present it at the airport. No one did, and my understanding is that this is rare. The itinerary is not reported to the US government at the time of travel. This is good for two reasons.

First, travel logistics in Cuba are extremely unpredictable. And second, there is very little internet, so the the vast majority of things to do on the island simply aren’t online. It’s really not possible to say what you’re going to do, and when you’re going to do it, and then stick to your schedule. But you are required to have an itinerary, so make sure you have one before you go.

Our strategy was to make a full itinerary and then take detailed notes to amend it after the trip was over. It did change, and I think that’s fair, because you really can’t control for things like the wheel flying off of your car and getting to a town a full day later than planned. True story.

Cuban currency is super fun. You can’t order currency ahead of time in the US and USD is more expensive to convert than any other currency. We recommend ordering non-US currency from your bank in advance. You can bring EU, GPB, MXN, or CAD, and change it at a money exchange (cadeca) at the airport when you get there. The exchange rate at all official cadecas is fixed across the country, so you don’t have to worry about finding a good rate.

There are 2 types of currency in Cuba: CUC and CUP. CUCs are worth a lot and CUPs are worth a little, and both are accepted as legal tender almost everywhere.

You can think of them kind of as you would think of dollars and cents. (Example: if you had enough pennies, you could technically pay your entire bar tab with them. Everyone involved would be slightly annoyed, but it is unlikely that they will refuse your money because it is legal tender. That’s kind of what it would be like to pay your casa bill in CUP.) It is a good idea to keep some amount of both currencies on you at all times in case something important happens, like you find some magical, ephemeral peso ice cream.

Study up and be able to tell the bills apart. Otherwise you will end up paying 25x more for things than you need to, and you will be short changed. It’s almost guaranteed that this will happen at some point but if you’re smart about it, you can mostly protect yourself. When you do get shortchanged, remind yourself that a human being who likely makes about $25 a month is trying to steal $1 from you and they probably honestly need it. Maybe that helps put things in perspective.

A $1 (1 CUC) tip will make anyone’s day and get you stellar help or service anywhere you need to go. $2 may be too much in some situations… We tipped a housekeeper that we really liked $2 and she explained that that was a week’s worth of wages for her and she felt like she was accepting charity.

I brought way too much money on this trip. ($1500 for 2 people for 10 days). But US credit and debit cards do not work there, so the prospect of being stuck on the island and unable to use any credit cards was scary to me, and I intentionally brought much more than I thought we needed.

Here is what we spent (per person):

This covered 10 days, including food, lodging, cigars for people back home, visas, hiring a guide, transport, everything. If you stick to casas familiares, (see housing section below), and avoid eating in the tourist hubs, this should be achievable.

Note: We travel really cheaply, so you could do things more luxuriously for sure. Basically, you can spend as much money as you want. If you are going to be staying in hotels, eating at westernized restaurants in Old Havana, visiting beaches or other touristy areas, etc, your budget will look very different from ours and $1500 may go very quickly.

We stayed in casas particulares, which are rooms for rent in people’s homes. They are ubiquitous in the more populated areas, especially near old Havana. There’s a little blue symbol on people’s doors that signifies that they have a room for rent. So you can literally walk from house to house and find lodging. It’s really neat. 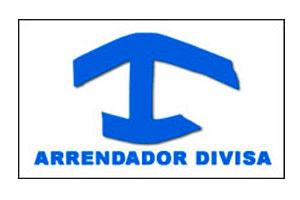 For my first night in a foreign country, I usually like to know where I’m sleeping ahead of time. (Especially for this trip because we got in at 10:30 at night.) Air BnB books rooms in Cuba and we booked two nights there in Havana and left the rest up to chance. Casas all across the country are connected through convoluted social networks and if you tell your host where you intend to go next, it is likely that they will have the business card of a friend, (or a brother’s step-aunt’s hairdresser’s nephew), who lives there and has a room for rent. They also may know someone with a car heading in that direction. This trip-planning process takes time, so give your host at least 24 hours advance notice so they can make some calls. We found this to be the best way to transition between towns. If you don’t like where you end up, you can always shop around in town and look for the blue signs once you’re there.

Buying goods in Cuba can be tough, especially if you get outside of the tourist areas. For example, we spent the entire week looking in stores for a knife to cut our fruit. We never found one. We had to go to 3 different shops with the help of a local to find a packet of coffee. One place had 6 tubes of toothpaste, rice, beans, flour, and 2 bricks of marmalade in the entire shop. Some stores are tucked away in people’s homes, so you have to ask around. And packaged goods, when stocked, can be very expensive, ($8-10 USD for a small bottle of shampoo). Dinner can also be difficult to come by outside of tourist areas because locals don’t eat out much. Our advice would be to plan ahead, eat when you can, bring a few more pre-packaged snacks than you usually would, and buy crackers or some portable food from a panadero to keep on you.

When we were in Cuba, I asked a local woman how we could catch a local bus. She said to stand at the bus stop and wait for one that is going in the right direction. There was no schedule and no defined routes. She said she might wait there all day and a bus may not ever come, and she would hitchhike if she could, but all the cars that went by kept being full. This mode of travel was not conducive to our typical style of packing in as much as we can into the minimum amount of PTO days, so we opted for shared taxis, called colectivos.

Colectivos can be identified by a sticker on a car that says taxi, or they can also be any guy hanging around outside who offers to drive you somewhere. Or they can be pre-arranged at a bus stop. If you want to be extra thrifty, you can make a sign that says where you want to go, stick it to your shirt, and then bum around the bus station and wait for other travelers to come find you and join your car to split the fare. (You might have to bring your own marker and paper because getting it at a store could be difficult or expensive.) Colectivos are not metered- ask around for the going rate to your destination. Oddly, while the concept of getting a ride from anyone on the street with a car would have made me feel uncomfortable in other countries, I felt safe enough with the random drivers in Cuba. Maybe pick a car that looks like it’s in good repair, because otherwise it might fall apart while you’re riding in it.

I’m just about fluent in Spanish and that certainly helps. If you don’t speak Spanish, the trip will be more expensive for you. But I think it would be doable. Most everything is arranged person-to-person and some people do speak English. People seem to be willing translators and happy to practice their English because it’s a highly valued skill. If you’re asking your host to help you find another host in another area, you can also specify that an English-speaking host would be best and they will try to accommodate you. But I don’t think it will be an issue. Even if you don’t speak Spanish, you can definitely have a great trip to Cuba.