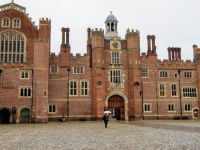 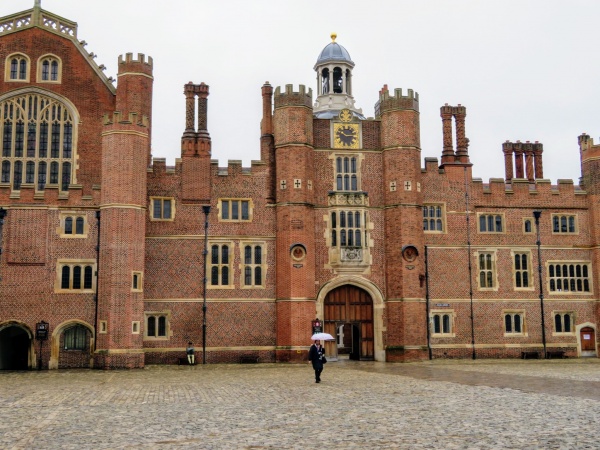 Rain seemed fitting for our visit to Hampton court palace: a dreary day for a dreary place. One of the halls echoes with the sound of a child whispering the fates of the wives of King Henry VIII; “Divorced, beheaded died; divorced, beheaded, survived”. Most everything about the castle was creepy, unwelcoming, and a little bit off. 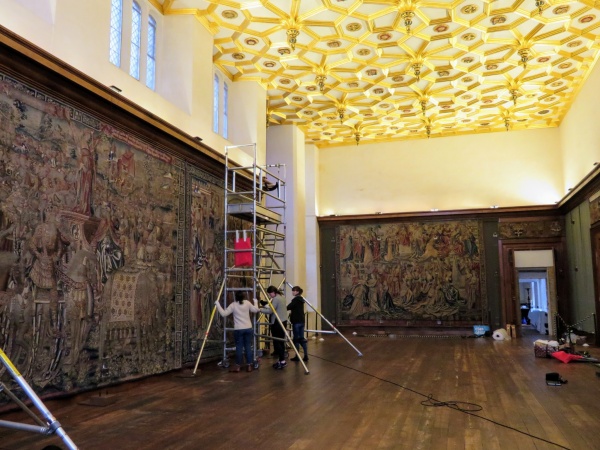 Entering the palace the same way courtiers would when seeking an audience with the king, we found this waiting room. In the time of the king, there was no number to take and no line to stand in, just a room to stand and wait as long as it took. The king may not choose to conduct business for days at a time but his pages would sometimes emerge from their hidden corridors through a slit in the tapestries. 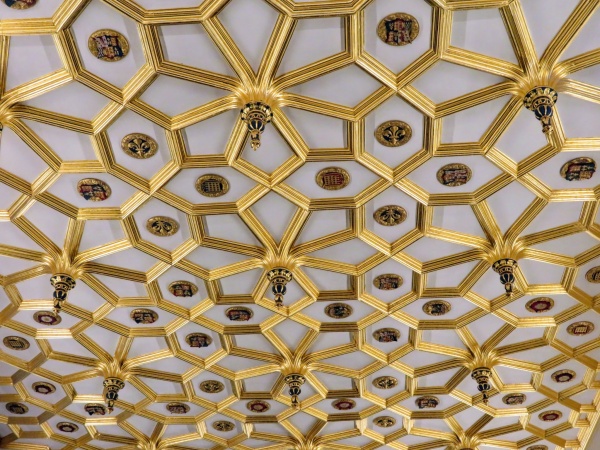 At least they would have this incredible ceiling to look at while they waited.

We next walked down a hall that didn’t photograph well, but had an interesting story. King Henry’s fifth wife, Catherine Howard, was beheaded at the Tower in 1542, aged 19, for adultery and treason. It is claimed that after she was arrested at Hampton Court, the terrified teenager broke free of her guards. She ran along what is now called the Haunted Gallery, screaming out to the King for mercy. She never reached Henry, but may have gotten about as far as this painting:

As we proceed deeper into the castle, the rooms got progressively more exclusive. the private areas reserved for the royal family and their personal guests were ornately decorated. the corners were rounded out, providing a smooth surface for continuous murals to surround the room, like the photo below demonstrates.

The most private room that we viewed was the Queen’s living quarters. It was dark, both in terms of light and decor. This was the place where the Queen could escape the expectations of her station and come to relax, even away from the watching eye of Henry VIII. 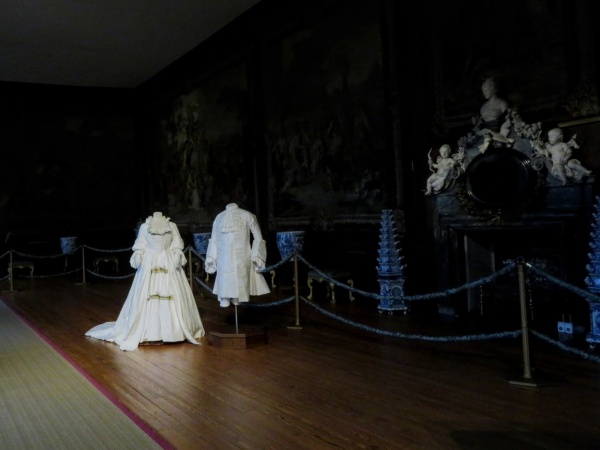 After spending time in the dark and spooky inner castle, we were happy to take a walk outside down the narrow alleys of the palace village before we caught our bus to Stonehenge! 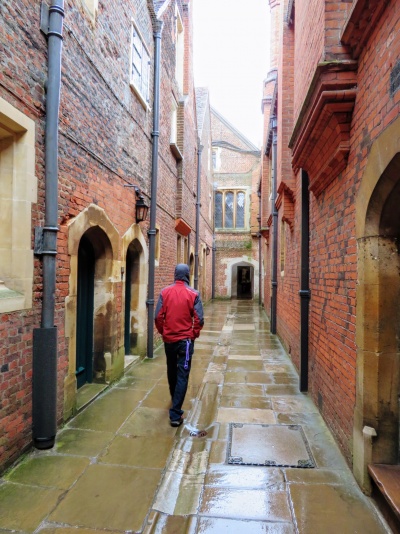 How to eat cheaply in England