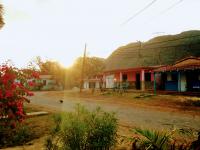 This may give you some sense of what it’s like to travel in Cuba, without the internet, a telephone, or reliable public transportation.

In order to get to this place, we have to back up about 3 days to when we asked our casa owner in Havana, Ana, if she knew anyone in Viñales, and how we could get there. She laid out the transit situation to us. (I’m paraphrasing here) “There’s a local bus that sometimes shows up on a corner in the north of the city. It’s unreliable and uncomfortable and I don’t recommend you take it. Then, there’s an expensive tourist bus that is reliable, and has air conditioning, but it’s slow. You can take that if you want. But I recommend that you get a collectivo (shared taxi). I know a guy who may be going that way, if you want a ride. But it may take me a day or two to arrange it. I also have a friend that way and can make sure they have a place for you in their casa.”

Two days later, we heard Ana’s friend’s car beeping from the street below and hustled to get downstairs. We rode with two French tourists along the highway, headed west.

About 10 minutes into the ride, it became apparent that the A/C wasn’t working. The driver parked under an overpass, popped open the dash, and jiggled some stuff around until it came on.

Then, maybe a half hour later, we needed gas. We pulled over at someone’s home that functioned as a gas station and auto-repair shop. The first thing I noticed was tiny chirps coming from nearby cages. Noticing my interest, the abuelo of the casa kindly showed me how he feeds his baby birds mashed corn meal. 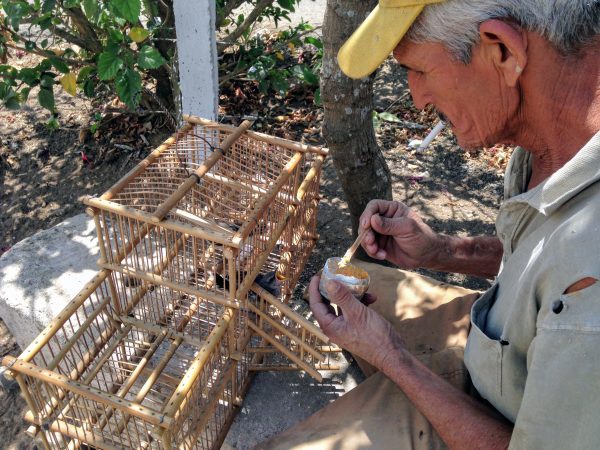 Josh’s attention was captured by a man putting a tire on a rim using a pipe that’s been hammered into shape and attached to a post for leverage. He tells me this is slightly different from the states. 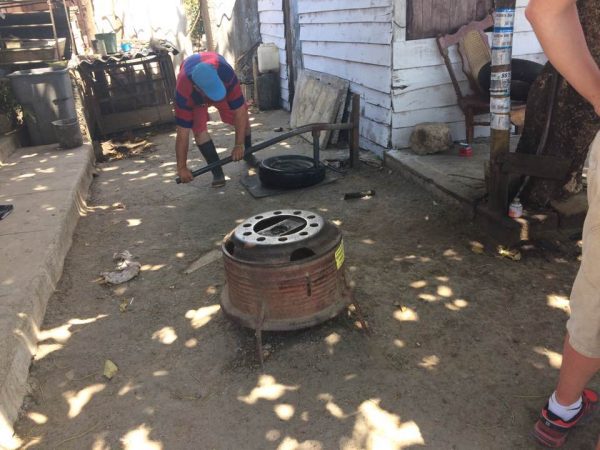 Eventually, we were dropped at Ana’s friends house. It turned out she didn’t actually have any room for us but she was still an excellent host, offering us strong coffee and a wealth of information on the region. She made some calls and found us a spot at her sister’s house, and another car to take us there.

Finally, we were dropped at Kenia’s house and stayed there for two uncomfortable nights, mostly due to the chickens that roosted directly behind our heads as we slept and had faulty internal clocks, crowing at 2 am, 2:10am, 2:20am… you get the picture.

Finally spurred into action after two terrible days of sleep, we decided to go door to door to search for a more suitable habitation and fortunately landed at Casa Las Españolas. It was in the heart of town, had a fantastic shower, and live entertainment right from the porch.